Looking through HoloLens 2 into the future 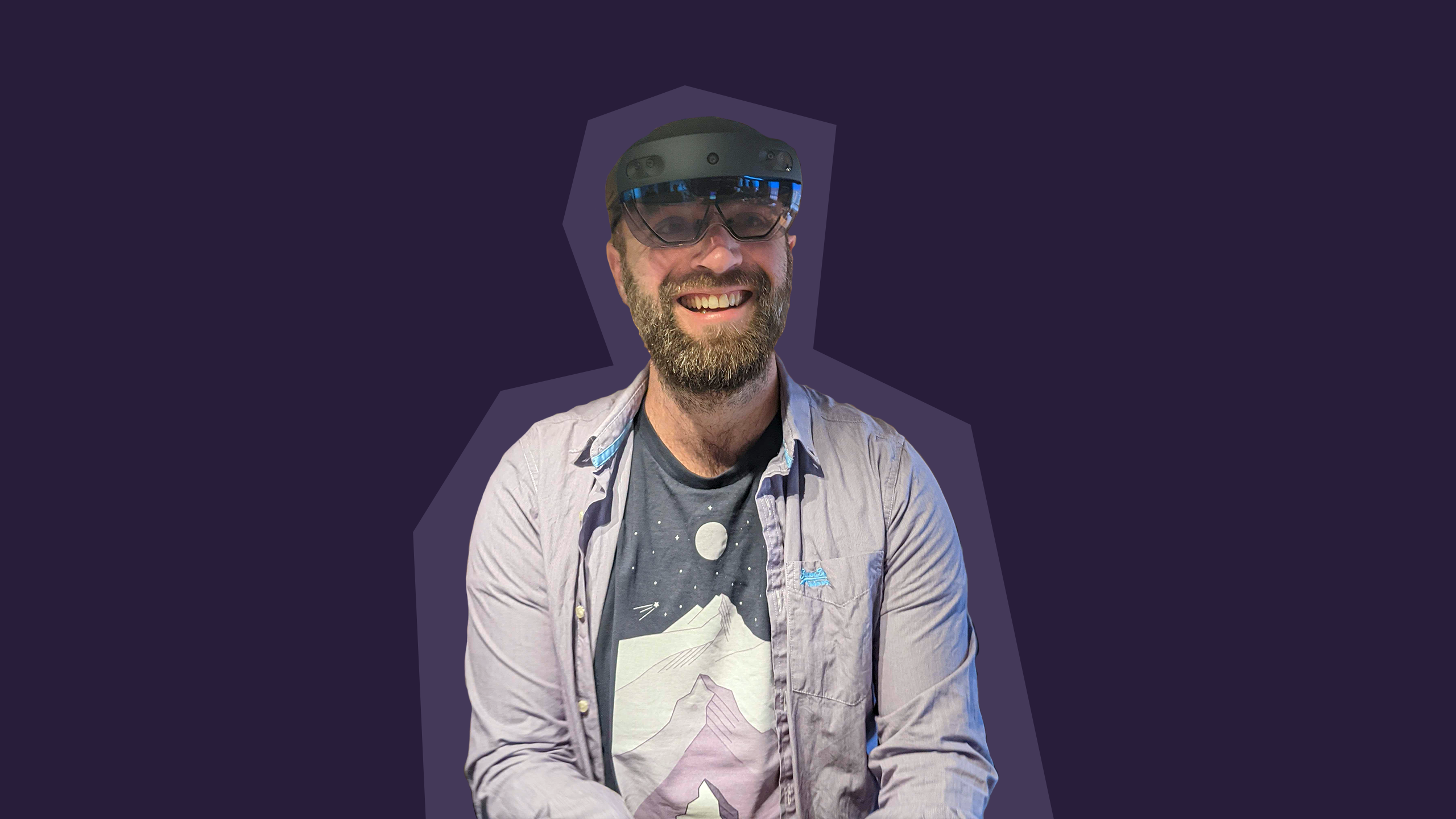 Razor’s Design Lead, Martin Alcock has been working with the HoloLens 2 - what does he think?

I worked a lot with VR, AR and spatial play spaces before joining the team at Razor, as well as being a part of the team winning a Design Week award and receiving a commendation from Creative Review for ‘Arctic Escape’. All of those technologies are fantastic and upping the stakes, but HoloLens 2 brings a whole new world (that’s quite a literal statement). It’s pretty exciting and I guess there are a lot of people out there wanting to understand how this kinda tech can enhance how humans and machines interact over the next few decades - so here goes.

Just so we are on the same page, what is HoloLens 2?

The HoloLens 2 headset is a Mixed Reality Device. For ease, think ‘Pokemon Go!’, where you see aspects of the game in the real world through your phone camera. It’s fair to say consumers didn’t immediately connect with the original HoloLens headset when it was released back in 2016, but the world is changing and with it, there is huge potential for the technology to be used within Industry 4.0.

It’s easier now than ever before for companies to truly embrace how HoloLens 2 can transform working life for their teams on the ground. How it can assist with problem-solving, reduce training times, enhance experiences and improve their skill set. Connecting virtual and physical space through the application of augmented reality. Let’s get back to business - together, in a space - an immersive space.

So what can this kind of tech do for an enterprise? How can it enhance our lives? Can it bring us one step closer to living out that Iron-Man fantasy… might have got carried away there with that last one. But seriously, none of this stuff is blue-sky thinking - it’s happening - right here, right now, maybe it’s time to tap in?

A world of possibility

Ok, let’s keep it simple, imagine working on a car with a wireframe of the vehicle's functioning mechanics displayed in front of you. This will allow for accurate, efficient diagnosis of problems in real-time. Does it sound a little too "Skynet" for you? It’s all good. Data protection is high on the cards too - the kit offers the kind of flexibility that means you can avoid storing your company's data within its ecosystem (but you could if you wanted to via Azure state of the art security, obvs).

It’s time for the next level

As with any tech innovation, there’s a fear that it’s been developed to drastically alter the way in which humans operate and maybe it’s this fear that means the headset has taken so long to make headway (bad pun right there!) But in truth, there is a reluctance from many organisations to embed this kind of new tech due to concerns about the cost of integration and maintenance - but the (augmented) reality of the situation is that this technology can put human learning and development on a fast track to progress. From exploring satellite data overlaid on sea beds to protect our oceans, to visualising eco-homes that blend seamlessly with their environments to real-time use of data in the environment it’s gathered from. The long term benefits of implementing this tech outweigh the costs by way of more efficient training, reducing mistakes and improving audits.

Perhaps the headsets biggest problem isn’t human uptake of tech, it’s the limit of the human imagination when it comes to the scale of the opportunity.

Ok, so that’s where we come in

Building apps to work in the Headset universe is the sort of job that kids dream of - building worlds with our imagination and then experiencing them in real time.

At Razor, we are able to enhance humans with this kind of headset technology and seamlessly embed it as a part of a solution or a visualisation tool for the future - our playground is making and testing virtual solutions before bringing them to the table with a “tah dah!” and watching businesses thrive off the blend of data, visualisation, connectivity and growth.

How does HoloLens development actually work?

We build for the system using the Mixed Reality SDK and ‘Unity engine’ – a powerful industry standard 3D Engine used in hundreds of games and, more recently, heavily used in the AEC and Automotive, Transportation & Manufacturing industries. By combining these two software packages, we’re able develop our apps with industry standard real-time graphics, physics, and spatial audio engines. The Mixed Reality Toolkit provides the ability to rapidly prototype our new ideas, so we can focus more on the end product, the stuff that’s actually useful to us humans, rather than the behind the scenes workings of the app.

Can we build training software that directs a new recruit on how to perform a complex task step by step on the manufacturing floor? Can we stream what somebody is seeing to an expert on the other side of the world, allowing real-time support and direction from thousands of miles away? Can we connect the brightest minds to solve some of our biggest issues using augmented reality, together? Yes - and we are only just at the tip of the iceberg. This tech is no longer in test mode, it’s there for you to use right now.

For us, Hololens 2 is the next step in Industry 4.0, and we believe that businesses can and should look to embrace the tech to build resilient, always learning, teams.

At Razor, you’ll always find us looking to innovate and improve the connection between humans and technology. It’s what we do best - and if you are lacking the imagination for how your solutions can be built, trialled and tested in a world of mixed reality, well… that’s what we are here for!

Come and take a closer look at how VR / AR XR could change your working practices.

Reading this and thinking, oh, what a great place to work Razor is? You’d be right! Come and check out the roles we have open - join us.